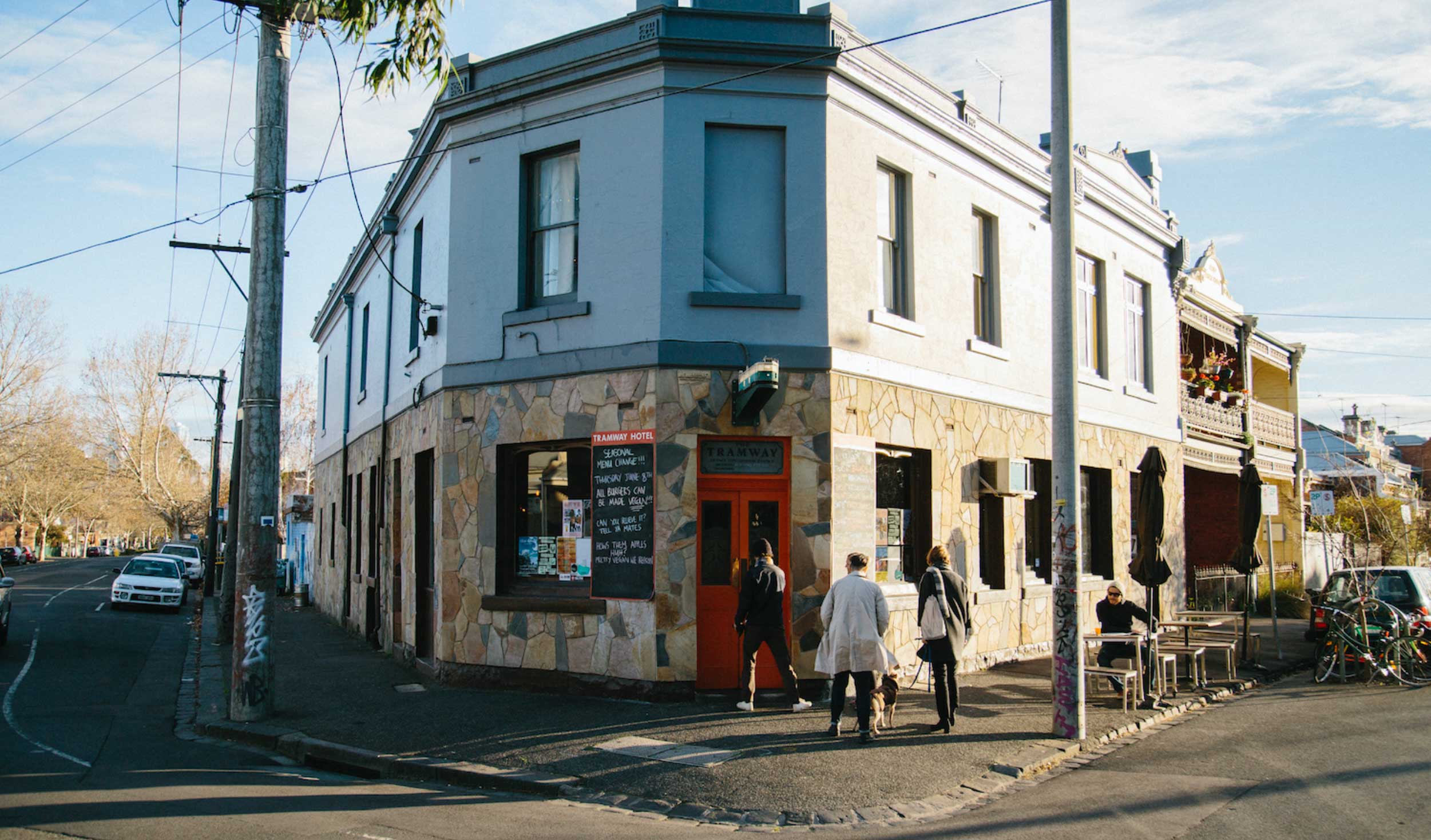 So there we were, happily playing around Melbourne and the surrounds with some pretty fine plans for the rest of the year we were damn well excited about, when the grand Covid nonsense of 2020 hit. From the perspective of bands and shows, it’s been an absolutely miserable state of affairs since, and you would have to be the world’s biggest optimist if you thought it was going to change any time soon.

So news today I’ve won something quite fine out of the blue is like a warm blast of air under a glider’s wings. Yes, I’m knocked out. Quite speechless through the phone conversation in which I was informed, actually. Been smiling like the cat lover’s best-fed Cheshire Cat.

Anyway, here’s what it is: there is a great radio station in Melbourne called 3PBS which for decades has been one of the centres around which the music scene in Melbourne has revolved. As part of their annual radioathon this year, I won the Performer Prize.

This prize includes some marvellous stuff to do with rehearsals, mastering, photography and video, which there will be plenty to talk about later. But perhaps the most fun right now – I’m getting a tribute burger named after me at the Tramway Hotel just up the road here for a month! This is brilliant in so many ways.

One, I do like burgers, particularly with beetroot. The Tramways itself has been a huge independent music venue at times, and is always a pretty cool establishment to wile away a few hours in. It’s walking distance from where I live. Plus, yonks ago I played in a band called The T-Bones who had a fine song written by their guitarist Charlie Wilde about the joint called Tramway Hotel.

It’s a bit too good, for now at least. No it doesn’t make up in any way for the mess we are in at the moment in any way – other than I’m coming back with pictures of a burger and me. Who knows where we go from here either but I’m starting to think about stuff and where we can take it. So then, it’s not over until the burger-eating fat bloke sings, it seems 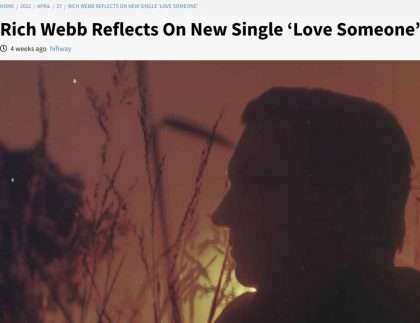 vamtam-theme-circle-post
Check out this interview with Hi Fi Way from around the time of the 'Love Someone' launch. I'll go make the tea.
READ MORE 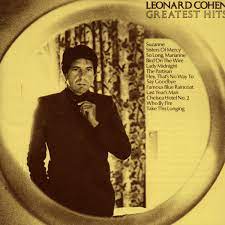 vamtam-theme-circle-post
It was 'The Best of Leonard Cohen'. There is a pretty cool story behind it all. Find out why in this interview with CountryTown.
READ MORE 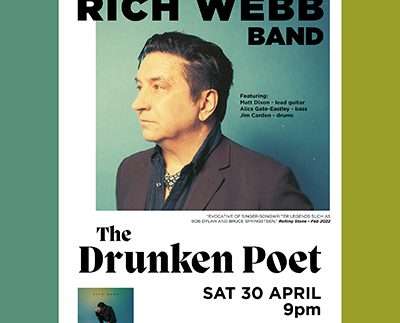 vamtam-theme-circle-post
Got a couple of cracking Rich Webb Band shows coming up in there next week...
READ MORE 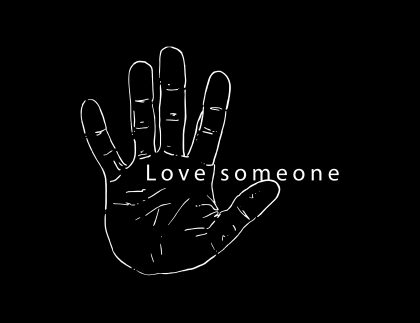 vamtam-theme-circle-post
Pretty chuffed the Love Someone video has gone so spiffingly. Big thanks to Matthew Lawes-Wickwar...
READ MORE 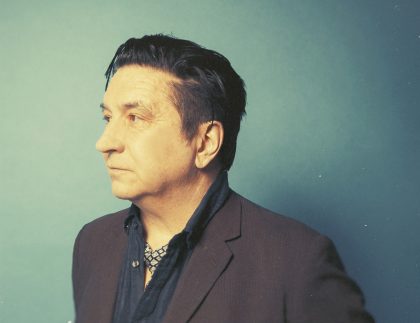 vamtam-theme-circle-post
There’s been a heap – check them out on the links below.. thanks to everyone...
READ MORE 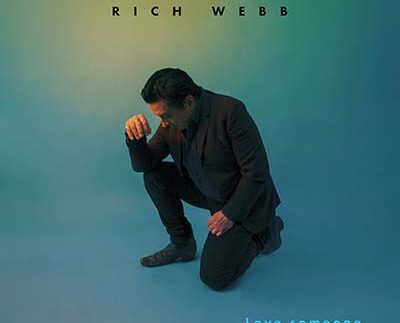 vamtam-theme-circle-post
New single Love Someone has left home and is now traversing the world! Check it...
READ MORE 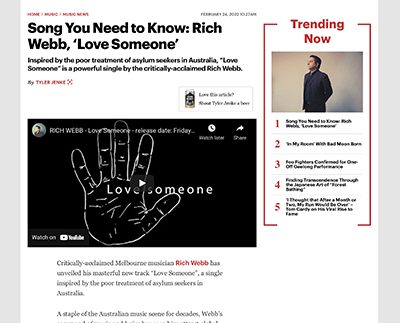 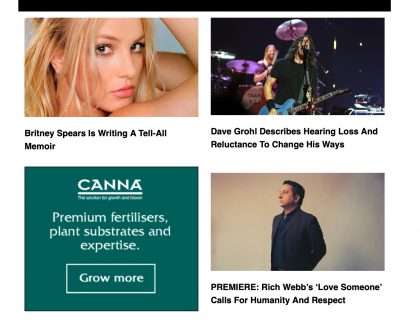 vamtam-theme-circle-post
Love Someone, the new single from Melbourne singer-songwriter Rich Webb - is out on Friday 25 Feb. Check out the background and pre-add the single to your streaming platform.
READ MORE 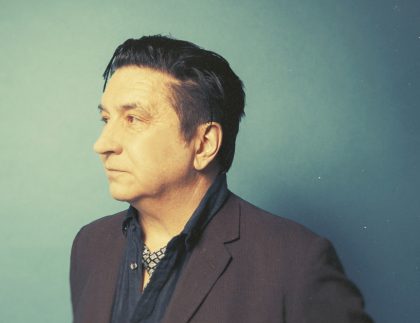 vamtam-theme-circle-post
So there I was, watching the door close very slowly And then someone’s foot got...
READ MORE
