UK premiere of Let it Rain video – happening this Saturday in London!

Some rather marvellous news: the fabulous video for Let it Rain is having a UK premiere in London at The Link, Thamesmead on Saturday, 1 September, hosted by video producer Other Brother Studios.

The video stars 10 young people, some of whom attend sessions at The Link, and it’s thanks to them in part that it turned out so well.

The video was put together by Other Brother, led by Jenny Broad and Matthew Lawes-Wickwar, and the premiere event promises to be a load of fun – following a showing of the Let it Rain video, there will be a screening of the rock-tastic comedy School of Rock.

The action starts at 3:30pm, so if you are around and about, why not get over there. 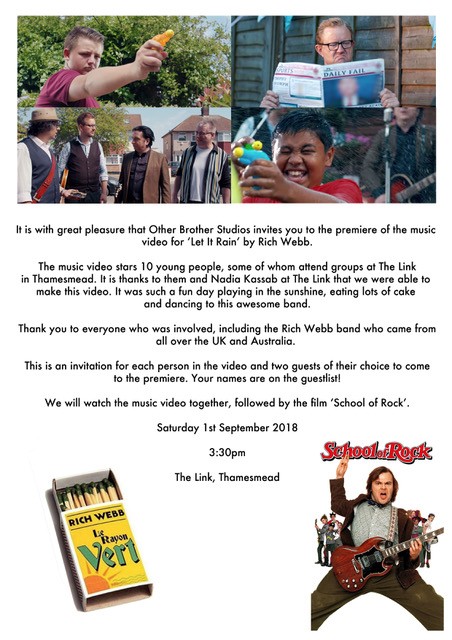